Create High Performing Teams Via The Rose Of Leary

Building an organization with a high performance team structure is essential to be successful. Nothing new there. But how to actually move closer to achieving this? Of course it has to do with the structure of the team. However you obviously don’t change that on a day to day basis. You can also work in that direction with the current setup and make current team members perform optimally. Giving them the tools to make their story clear and impactfully influence others of the added value is a great move to improve performance. Helping each other and building bridges sets the tone to grow as a team and organization. Using the Rose of Leary model helps to move in that direction.

When you want to apply the Rose of Leary to grow a high performing organization, it is essential to understand how the model works.

Where it comes down to, is that a certain type of behavior triggers another type of behavior. Behavior can shift over two axes: dominance and affiliation. By having all employees conscious about this, it helps people to interact in a constructive way. Dominance: Above vs. Below behavior

In every conversation there is typically a dominant and less dominant person. And we all know that doesn’t say anything about who has the most valuable insights. Unfortunately this is a very natural contrast that takes place. Having a dominant person in the room, by default results into others taking a submissive attitude. By making dominant people aware of their role and opening them up to the less dominant people, this creates a pleasant open atmosphere. This is where true collaboration starts and team members can influence each other in a balanced way.

Affiliation: Together vs. Against behavior

Besides the dominance axis, there is the affiliation axis. Team member’s attitudes strongly impact the team vibe. In contrary to the dominance axis that leads to opposite attitudes, the affiliation axis has a natural tendency to influence people to the same type of behavior. So a positive vibe that stimulates working together as team, results in colleagues also opening up to this., Making team members aware of this about each other and themselves again creates balance. Success doesn’t happen individually. It’s a team effort.

When increasing the performance of teams in your organization, it is important that be aware of the effect of specific behaviors by yourself and team members.

8 Attitudes to be aware of

Within each section, the Rose of Leary also counts with sub-positions that can display the impact of specific behaviors. They are the following: Rose of Leary as a reference to build high performing teams

To truly form a high performing team with the current team setup, it is all about mentality. Of course it doesn’t make sense to have a team full of leaders. Neither does it work if everybody is accommodating others. But you do want people working together as a team. Balance is key in building a high performing team. Also criticism is a good thing because that keeps everybody sharp. But be aware that criticism leads to other types of ‘against’ behavior at the left side of the Rose of Leary. So if you see this happen, try to understand why they are there and influence them to a ‘together’ oriented mindset as soon as possible. This will make your team become stronger and high performing.

Read about KPMG’s experience and how they’ve developed a dynamic learning path through a personalized L&D approach. 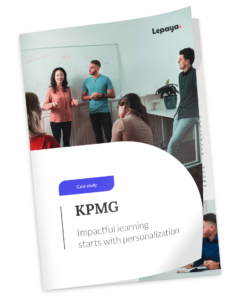 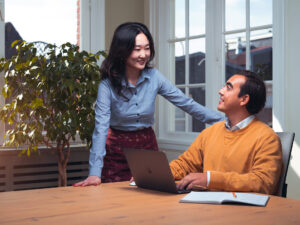 Importance of upskilling and reskilling for your organization

Due to digitization, 1.6 million jobs are at risk of disappearing or changing in the coming years. Digitization brings on... 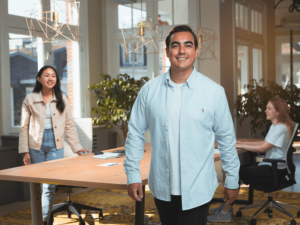 The Power of Skills: Resilience

Anouk de Jong, Learning Designer and Trainer at Lepaya is co-author of this article In 2019 Forbes notes that stress... 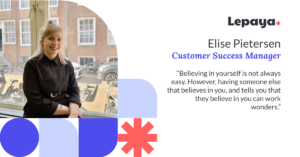 Our Customer Success Manager Elise Pietersen gives an insight into her career and role At Lepaya we really want to...