Skip to content
ArticlesEmployees On Their Relevance To The Labor Market

Employees On Their Relevance To The Labor Market

Both hard and soft skills are necessary for today’s professional to get their career up and running. At the same time, the long-term labor market has different requirements than today’s world. It is not without reason that the World Economic Forum describes the 10 skills that prepare organizations and their employees for the future. But how do employees view this themselves, to what extent do they think their skills are future-proof? To examine this, we conducted an external survey among 1,146 Dutch employees in collaboration with the Panelwizard research agency. This article is a further development of the press release that appeared on February 23rd 2021.

Relevance to the labor market

The research focuses on employees and the way they view their future position in the labor market. In an increasingly digital world, this brings concerns and challenges. On a base level, the survey presents a rosy picture with 92% of the respondents indicating that they currently have the right skills to fulfill their current role well.

However, there is a rather different result when looking at the concerns expressed by Dutch employees about their future in the labor market, compared to their current status.

Dutch employees are concerned about their long-term position in the labor market. 42% of respondents think their current skills will no longer be relevant when practicing a job in 20 years.

The level of employment also plays a role. For example, 45% of full-time workers think that their skills will no longer be relevant in 20 years, compared to 37% of part-time workers.

In addition, it appears that people in the east of the Netherlands are least concerned about the future than other parts of the country. 34% of the workers from the East Netherlands have doubts about their current skills and the extent to which this will be relevant in 20 years, while for the other regions of North, South and West Netherlands, 45%, 44% and 43% of workers respectively also had their doubts.

The industry in which people work also plays a major role. There is a big difference in the perception of their ‘future-proofness’ depending on the industry in which people work. The industry with the most concern is the information and communication industry. No less than 59% of people think that their skills will no longer be relevant in 20 years. It is understandable that this concern exists, as artificial intelligence develops at a rapid pace and poses a threat to jobs, particularly jobs in this sector. Other sectors of concern are services (51%), financial institutions (52%), government (52%) and logistics (53%). The least amount of concern was seen in construction (32.5%), agriculture (20%) and manufacturing and the energy sector (17%).

Despite concerns within different groups of employees, only 37% of workers spend an insufficient amount of time on future-proofing their personal skills.

The group of workers most affected are employees in the age category 30-39 years. 41% of this group feel that they do not pay enough attention to future-proofing. Working families with children up to and including 12 years old are most concerned about this (40%). These two groups will overlap.

Regarding the regions in the Netherlands, people from the Northern Netherlands are most concerned about the lack of attention paid to personal development.

Help from employers with personal development

Only 46% of respondents are getting help from their employer with the necessary skills to remain relevant in the labor market.

Dutch employees are aware of the impact of robotics on their future employment opportunities. For an employer to be prepared for the future, the focus on personal development is essential. Focusing on skills that will stand the test of time, even after 20 years, is how responsible employment practices take shape.

“The need to stimulate lifelong learning is constantly increasing. A large group of employees will be left out if companies do not take action. While many executives agree that this skills gap is their biggest challenge, few companies live up to their promise. It is up to them to provide insight into which skills within their company will never be overtaken by robots and which training is needed to stay relevant in the digital age”, says René Janssen, founder of Lepaya.

We are there for employers to help create a future-proof organization.

Want to know more? Do not hesitate to contact us.

How do you retain talent?

You’ve spent a lot of time recruiting the right people, so of course you want to invest in them. Making sure they are in their place at your organization. Where do you start with your retention strategy? 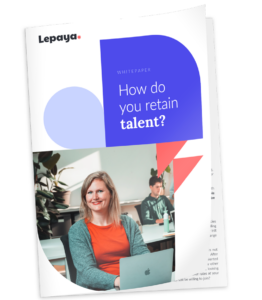 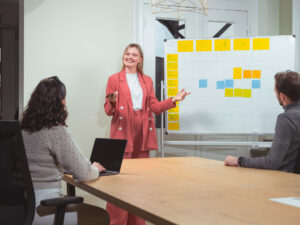 The Power of Skills: Intentional Learning

Josephine Meijer, Learning Designer and Trainer at Lepaya is co-author of this article Not in ten or twenty years, but... 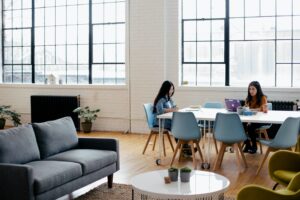 Behavioral change is what matters

The Kirkpatrick Evaluation Model Lepaya wants to ensure that all the professionals, who follow our programs, can immediately apply their...

How do Dutch employees rank themselves on the key skills of the future?

In a survey conducted on 1,065 Dutch employees – the annual Lepaya Skills Monitor – professionals rated themselves on 8...