The Great Resignation – Outlook for Europe 2023

Is the Great Resignation, the phenomenon where people quit their jobs en masse in the United States, contagious? Some experts and news media say that in 2023 The Great Resignation is finally making its way across the Atlantic to Europe. In this blog post, we will explore the Great Resignation in more detail, including its causes, its impact on the European labor market, and what the outlook for Europe in 2023 might be.

In some regards, North America and Europe are pretty similar. After all, many Americans are of European descent, both continents share a commitment to fundamental democratic principles, and despite serious economic downfalls, they boast some of the highest living standards compared to the rest of the world.

Nevertheless, when it comes to politics, culture, and lifestyle, it’s safe to say that there are a few significant differences between Europeans and Americans. From the government system to how healthcare is organized, from the way they reward high achievers and celebrate heroes, from their love for air conditioning to Super Bowl Sunday, Americans tend to have different perspectives on life than their European counterparts. They strongly believe in the power of self-expression, independence, and individualism, whereas many Europeans rely on the state, their families, and their social network to support them throughout the course of life.

Work to live, or live to work?

Working culture? Also quite a contrast. Some might argue that Europeans work to live, and Americans live to work. This is not to say that Europeans don’t work hard. It’s just that they seem to take a more laid-back approach when it comes to their careers:

All differences aside, Europeans are open to certain aspects of the American lifestyle. In fact, there are some major trends that made their way from the US to Europe these recent years. Pumpkin Spice Latte (eagerly adopted by European influencers on TikTok and Instagram). Gender Reveal Parties (another hit on social media). Black Friday. Halloween. And if we go back a little further in time – the early 1960s to be exact – there’s the hippie movement, which originated in the US and soon swept across the European continent.

Now there’s another American trend that is making its way across the Atlantic, and it doesn’t have to do anything with coffee, discount madness, or Halloween costumes, but all the more with the way people’s attitudes towards work are changing. We are talking, of course, about The Great Resignation – also dubbed The Great Reshuffle, The Great Rethink, and The Big Quit. It turns out, when it comes to workplace happiness, Europeans and Americans might not be that different after all. 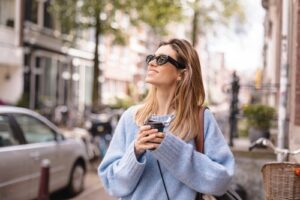 2. What is The Great Resignation?

The Great Resignation is a term used to describe the mass exodus of people from the US labor force which occurred over the past two years. Anthony Klotz, an Associate Professor of Management at Texas A&M University, coined the term. In May of 2021, he predicted a massive wave of resignations in the US following the pandemic. “The great resignation is coming,” he said in an interview with Bloomberg that month. “When there’s uncertainty, people tend to stay put, so there are pent-up resignations that didn’t happen over the past year. The numbers are multiplied by the many pandemic-related epiphanies – about family time, remote work, commuting, passion projects, life and death, and what it all means – that can make people turn their back on the 9-to-5 office grind.” His predictions turned out to be true.

Unsettled by the pandemic, many Americans found themselves reconsidering their jobs. They started looking for roles that offered a better work-life balance, seeking new career opportunities, or simply leaving the workforce altogether. According to an Indeed survey of US workers who had switched jobs at least twice since the start of the pandemic, 92% said they felt life is too short to stay in a job they weren’t passionate about. This mind shift resulted in around 47.4 million Americans quitting their jobs in 2021, a trend that remained strong throughout 2022. And although experts say the American quitting trend will wind down to a certain degree in 2023, it’s far from over. In fact, it might be contagious, as it is slowly spreading across Europe and the rest of the world.

3. Is The Great Resignation Coming to Europe?

Shortly after the pandemic, European-based companies watched The Great Resignation take hold of the United States from a safe distance, confident that their people would stay put. After all, many European countries had strong social safety nets in place to support both employers and employees during these disruptive times. Now it’s true that the pandemic did not spur the same mass resignation sentiment amongst European workers as it did with their American counterparts. But recent data show that there is a shift taking place.

4. Why Are So Many Europeans Quitting Their Jobs?

Shorter working hours, longer holidays, stronger support from the government, and better (un)employment benefits: compared to their American peers, you would think European employees have nothing to complain about. So why are they quitting their jobs? It turns out the reasons Americans and Europeans are eying the exit are largely similar.

1. The World Has Changed

Now, this might be a knockdown argument, but it is highly relevant. During the pandemic, the world changed. There were quarantines, lockdowns, and health scares, and many people started working from home for extended periods of time. Perhaps in Europe, the effect kicked in later because the number of people laid off during the pandemic was lower. But as the war in Ukraine started and the dangers of climate change were all over the news in 2022, Europeans increasingly began to reflect on what matters most to them. Same as in the United States, this time of introspection has led employees to realize what is important for them in the workplace. Many of them decided they no longer wanted to work in a job they were not passionate about and switched to an employer that offered more opportunities for growth, purpose, and a healthy work-life balance.

One of the main drivers of the Great Resignation in Europe has been the high levels of burnout that many people are experiencing. According to recent statistics, this is a major problem in Europe, with up to 50% of workers reporting symptoms of burnout at some point in their careers. Experts say it’s one of the after-effects of the pandemic – especially the healthcare industry has been hit hard – and others point their fingers at the increasing use of technology, which has made it harder for people to disconnect from work, leading to an “always on” culture that can contribute to burnout. Obviously, the root causes of burnout are complex. They often depend on personal circumstances, but it has undoubtedly contributed to a rising number of people quitting their jobs in search of more fulfilling and less stressful work environments.

A 2021 study by Statista found that Poland tops the list for burnout, with 66% of those surveyed admitting to feeling burnt out or on the verge of it. Czechia was second with 59%. The UK and France were at the bottom of the list. However, they still had 46% and 45% of respondents, respectively, reporting burnout. So even at the low end of European employee burnout, it is nearly half the workforce

The Great Resignation has also been fueled by a growing sense of disillusionment among younger employees in Europe. Many millennials and Gen-Z feel that their jobs could be more meaningful and rewarding and that they are not fairly compensated or appreciated for their work. It led to a rise in the so-called hidden resignation wave, where people remain in their jobs but are disengaged and unproductive. This can be even more damaging to organizations than overt resignation, as it can lead to a drop in productivity and morale, as well as a decline in customer satisfaction. This phenomenon gained momentum on social media in 2022, as the hashtag #quietquitting became trending.

4. A Lack of Employee Engagement

For ten years in a row now, European countries have topped the list of happiest places on Earth. The 2022 World Happiness Report claims Finland holds the number one position, closely followed by Denmark in second place. The Netherlands, Switzerland, Luxembourg, Sweden, and Norway are also in the top ten. In other words, you might conclude that a large part of the European population feels pretty great – which is certainly true about life in general. But when it comes to the workplace, there’s a reason for concern. According to Gallup’s State of the Global Workplace Report, Europe ranks low in terms of employee engagement. While the US and Canada see 33% of employee engagement, Europe scores a mere average of 14% – which makes Europeans unhappier in their workplace than anyone else in the world.

Here are some of the main reasons people leave

The costs of The Great Resignation and the significant shifts in the labor market it implies are high. For example, Gallup estimates that replacing exiting workers costs one-half to two times the employee’s annual salary.

So, what is the outlook for Europe in 2023 when it comes to the Great Resignation? Unfortunately, it is difficult to say for certain, as many factors are at play. One thing is for sure: the dynamic between employees and employers has shifted, which can be positive. As long as organizations realize that they have to address the problem and take some of the following steps:

At Lepaya, we help organizations create a culture of continuous learning and build stronger teams by offering innovative learning experiences through our Power Skills training.

Which skills are essential and needed for your employees to become future-proof? 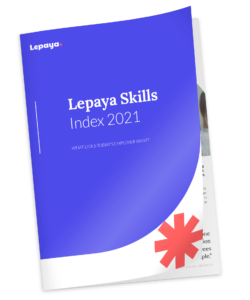 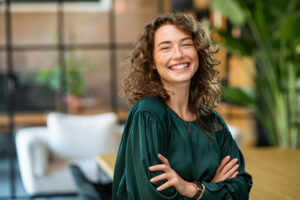 The Art of Top Talent Retention: How to Stop Losing A-players

In the midst of the Great Resignation and The War for Talent, one of the biggest challenges for C-level executives... 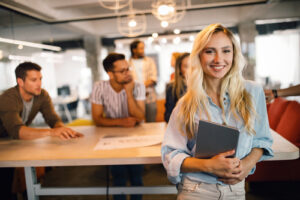 Creating a highly engaged and productive workforce starts with a clever employee retention strategy. But before you can identify challenges... 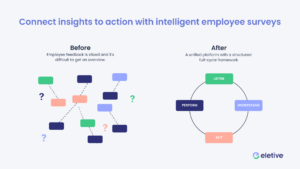